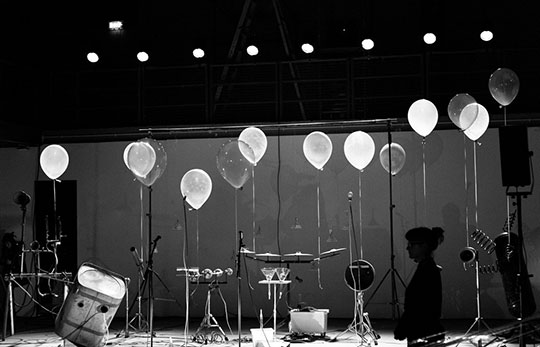 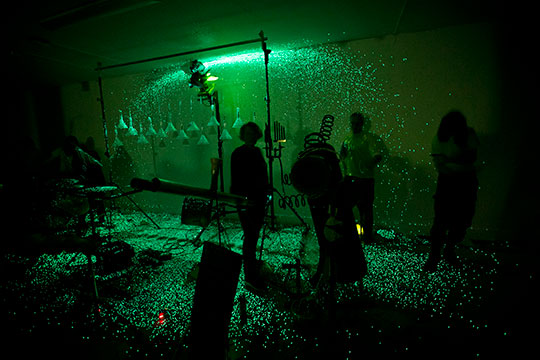 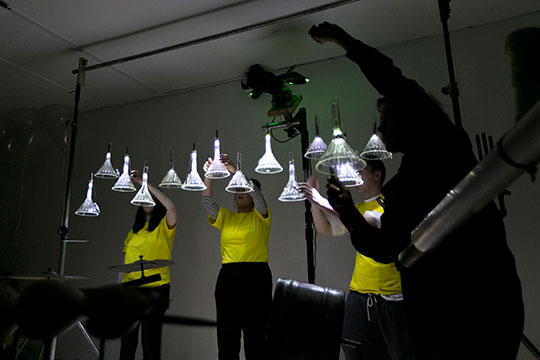 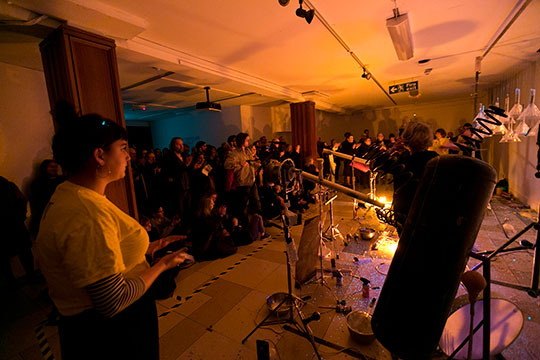 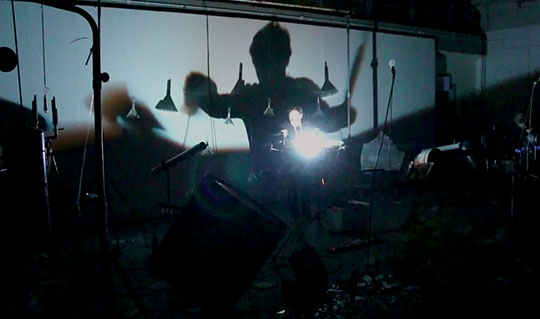 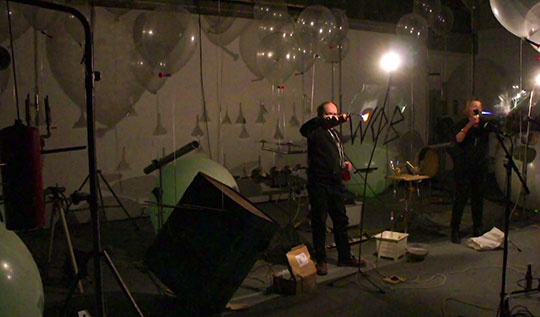 In the late 1970’s, Anne Bean, Paul Burwell and Richard Wilson were enthralled by the range of aural poetry and parallel visions they encountered during numerous boat trips on the Thames. Bow Gamelan Ensemble, the group they later formed, originated at this point. For the next 10 years they worked on ideas to distil and extend these stimuli, ranging from jagged and harsh to haunting and lyrical, into events all over the world.

Wilson and Bean have since carried on working together in many contexts and modes, continuing to treat both sound and visuals as inter-relating sculptural forms in works such as Dark Haloes and Spooky Drums for Liverpool Biennale.

Now, Wilson & Bean enter the territory as W0B with their glass scores placed on music stands. This is a world that cracks and splinters and grinds and struggles into being as it races backwards and forwards through friendships of 40 years, resurrections of dead friends, awareness of endless scrabbling and searching around boat-yards and scrap-yards, gas depots, pyrotechnic munitions, steam-whistle and siren-makers' stores, voyages on many rivers in countless vessels and a frenzy of carrying, welding, investigating and making across the planet.

NALEMAG becomes the totemic incarnation of this alchemy.