with Anne Bean and Chris Gladwin 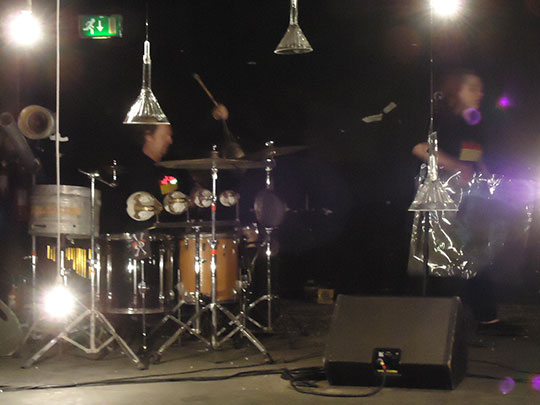 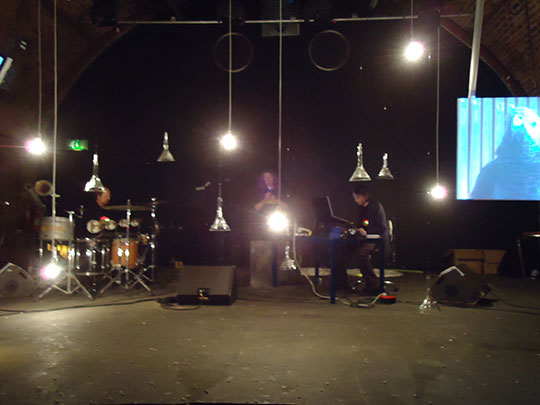 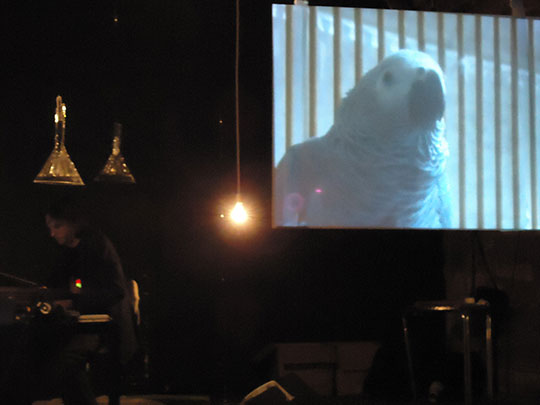 In 2009, Anne Bean, Chris Gladwin and Richard Wilson worked together in the Red Jail, Kurdistan-Iraq, an ex-Saddam Hussein building resonant with its recent terrifying past. They animated the entire edifice with sculptured sounds, bringing their varied long-term histories together to create visions and dynamics that moved, thrilled and enthralled the audience. The artists were subsequently invited to be part of Symposium Future Now: Iraq and Contemporary Art at Cornerhouse, Manchester to make a performance reflecting this experience. In 2010 they all contributed to the collective project, TAPS: improvisations with Paul Burwell and they have now been invited to continue their collaboration at Richard Strange’s Cabaret Futura as part of New Territories 2011.