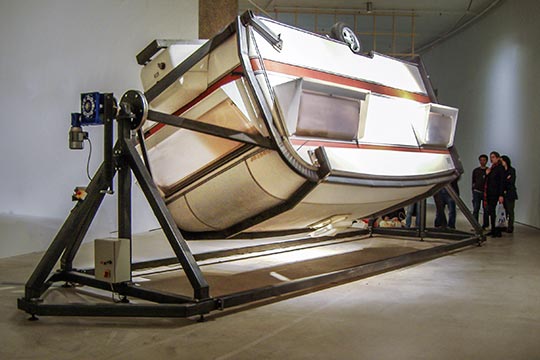 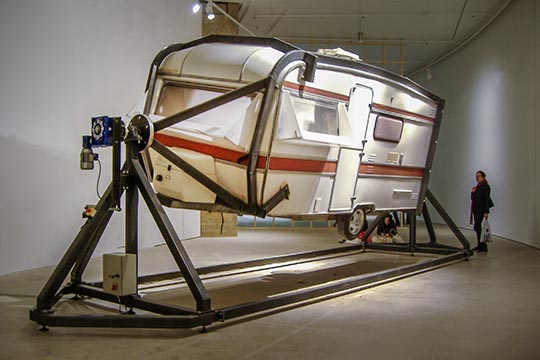 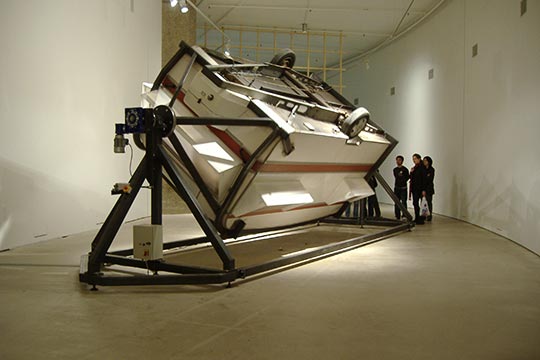 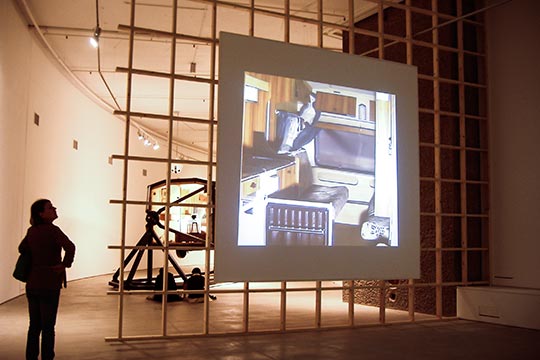 As the audience enters the gallery they will encounter a large wall/screen projecting a film image of a typical interior of a mobile home. The screen will be of a scale that it will dominate the field of vision upon entering the gallery, as if the viewer were about to step across the entrance into that room.

At first the interior appears normal, furnished in a style in keeping with the traditions of caravans. However, on close inspection details of the room appear to move in a peculiar way as the door bangs, windows flap, drawers slide, curtains rise and fall and other details perform crazy anti gravity movements. The film has no sound as this is provided by the real scenario present beyond the wall.

Moving through, one now sees a full size caravan, one end of which has been sliced away to reveal it’s interior. It is supported on substancial metal stands and a spindle allows it to continually rotate 360 degrees using a motorand chain drive mechanism. A camera is mounted pointing centrally into the open end so that it turns with the rotating caravan. The interior therefore appears to remain static on film, yet over the course of one revolution the fixtures and furniture performs a strange ballet that defies gravity.