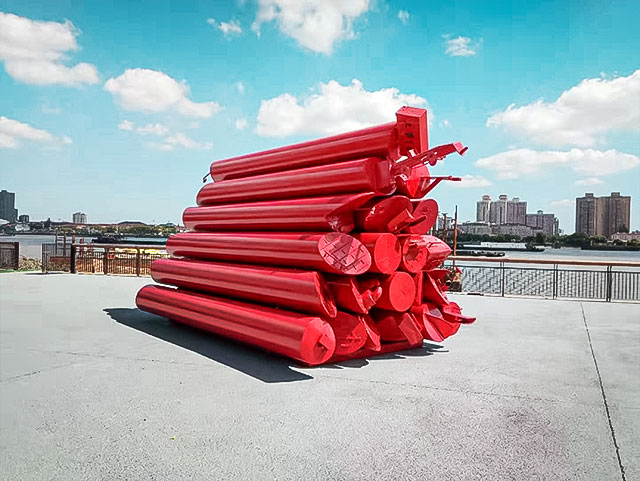 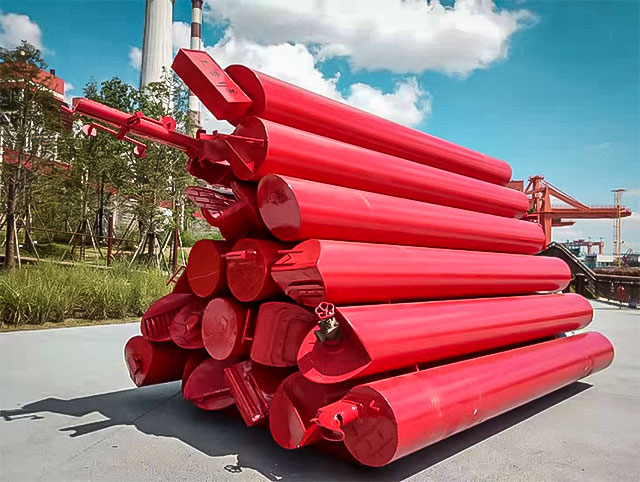 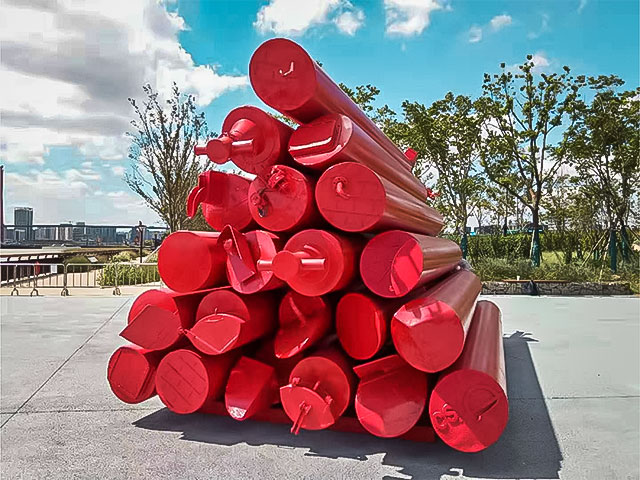 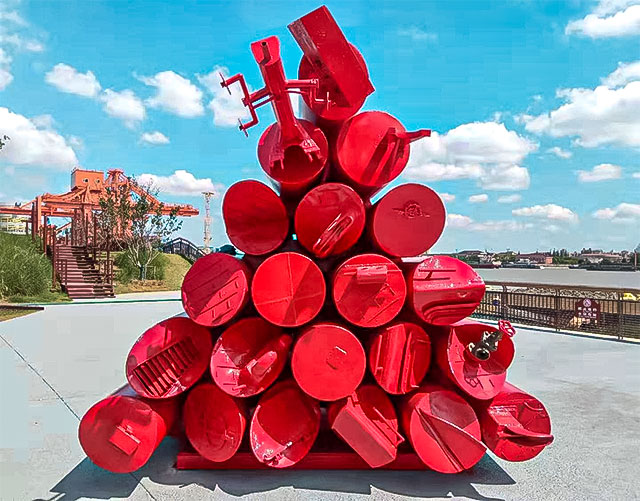 A permanent sited work installed on the riverfront of the Huangpu River within the project "Shanghai Urban Space Art Season (SUSAS) 2019".

Standing new to the old Shanghai shipyard site is the sculpture "Huangpu Hold". 21 steel pipes have located, at either end, a total of 42 ship's parts taken from a discarded wreck that sat in the shipyard site. All the ellipse or circular sections were cut from marked out positions on the ship and attached to the ends of each pipe.
The work is about taking an important industrial object from the rivers past that was discarded and thrown away to become an eyesore. This important object has been renewed, transformed and given a life once more as a reminder of the rivers powerful history.