Hang on a Minute Lads, I've got a Great Idea 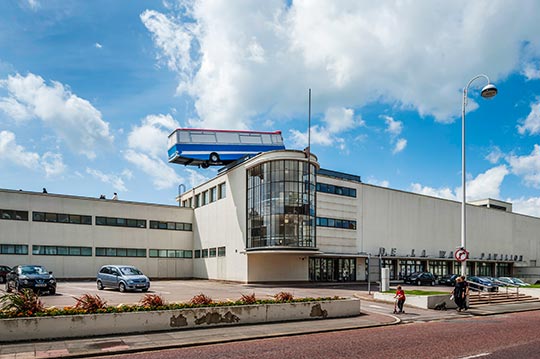 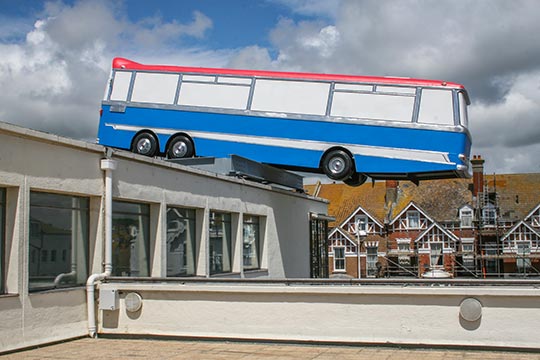 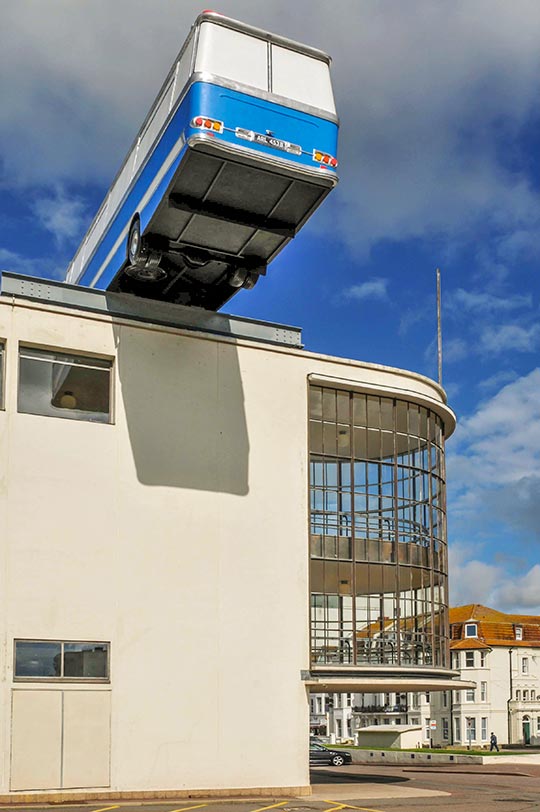 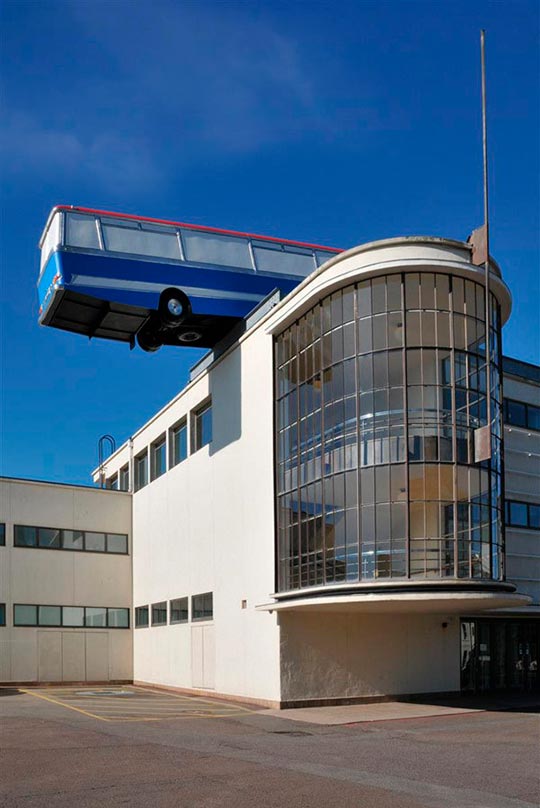 Inspired by the final scene of the classic British heist movie The Italian Job, sculptor Richard Wilson has balanced a full-sized replica coach on the very edge of the roof of the De La Warr Pavilion. This cinematic moment acts as a flag waving work not just for Bexhill but for the nation as part of the Cultural Olympiad 2012 Festival.