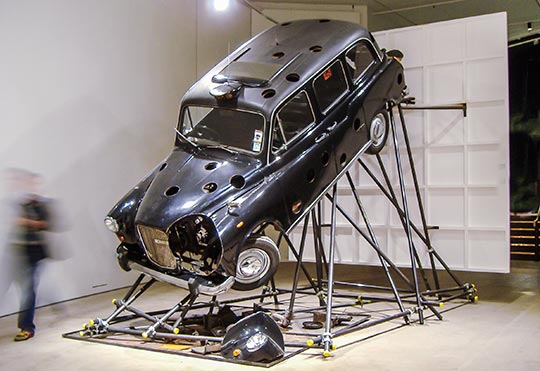 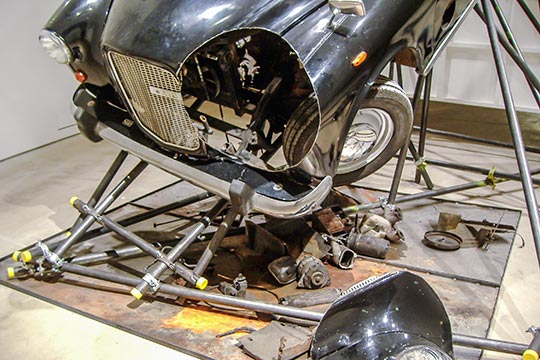 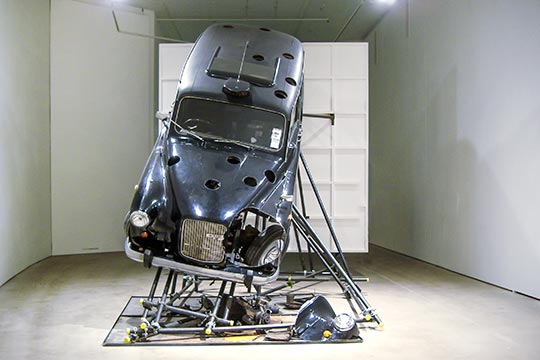 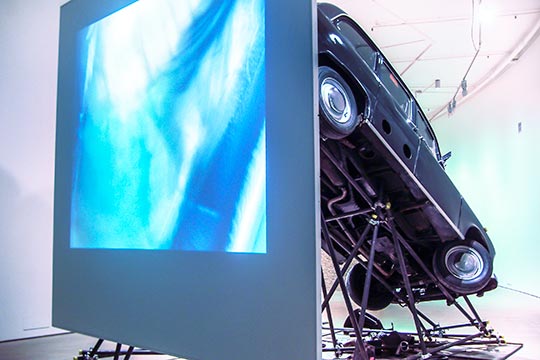 A brutalized London taxi is tipped up almost vertically and held in a cradle of scaffolding as if caught in mid-air after an explosion. Behind it and partially concealing it from the entrance is a screen with a film playing.

The audience can also see a narrow, near vertical passage cut by the artist through the taxi to an exit at the rear of the vehicle. On screen plays a claustrophobic film that seems to show a man boring his way out of a confined dark space using cutting equipment. The film is intensely claustrophobic. The process of tunneling is slow and barely illuminated by torch light and sparks flying from cut metal. The film ends with the tunneling man pushing his way out of the space through a hole he has cut. In the final frames of the film the man is seen emerging from the rear of a taxi driving down a road as if about to make a death defying escape from the moving vehicle.